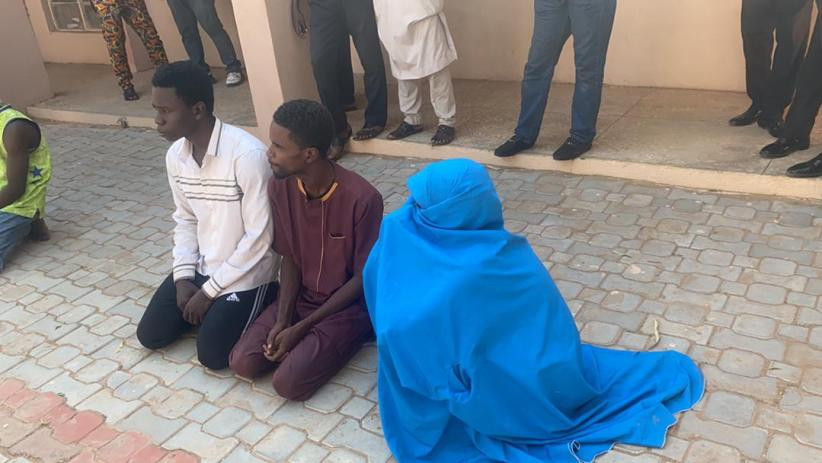 Operatives of the Zamfara State Police Command have arrested three suspects over alleged transformer vandalism and theft of PHCN electric copper wire valued at N700,000 in Tsafe Local Government Area of the state.

The suspects, Zainab Aliyu, Usama Usman and Saifullahi Aminu, confessed to the crime and further mentioned their receivers who bought the stolen properties at the rate of N97,000.

Parading the suspects at a press conference in Gusau on Thursday, the State Police Commissioner, Ayuba Elkanah, said investigation is on with a view to arrest the receivers.

“On 28th December, 2021 the side manager attached to PHCN office Tsafe, reported at Tsafe Divisional Police Station that, on the same date at about 0200hrs, some persons went to a transformer located at Emir’s Palace area of Tsafe LGA, where they vandalized and removed away electric copper wire valued at seven hundred thousand naira (N700,000)” the CP stated.

“On receiving the report, police swung into action and commenced a discreet investigation that led to the arrest of the above mentioned suspects on 1st January, 2022,”

“On interrogation, the suspects confessed to the crime and further mentioned their receivers who bought the stolen properties at the rate of ninety seven thousand naira (N97,000) only.

“Investigation is in progress with a view to apprehending the receivers of the stolen properties, before being charged to court for prosecution.” the commissioner added.