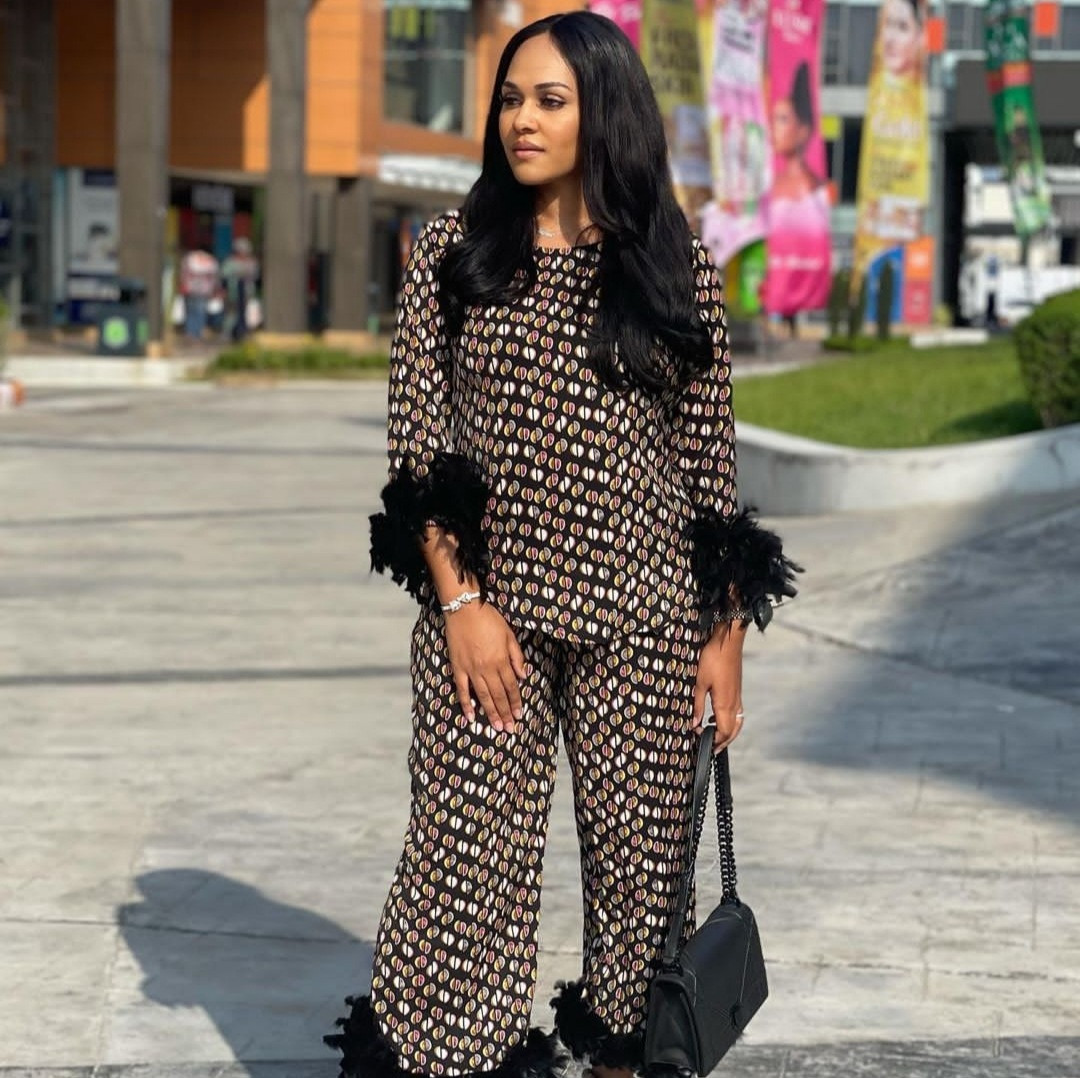 Tania Omotayo has threatened to expose a woman who bought goods from her store and sent fake alert to make them think she has paid.

The businesswoman said the lady bought goods worth 59,000 Naira but the bank later confirmed the alert was fake.

She revealed that CCTV captured the woman’s face and threatened to post the video in a few hours if the woman doesn’t reach out to pay what she owes. 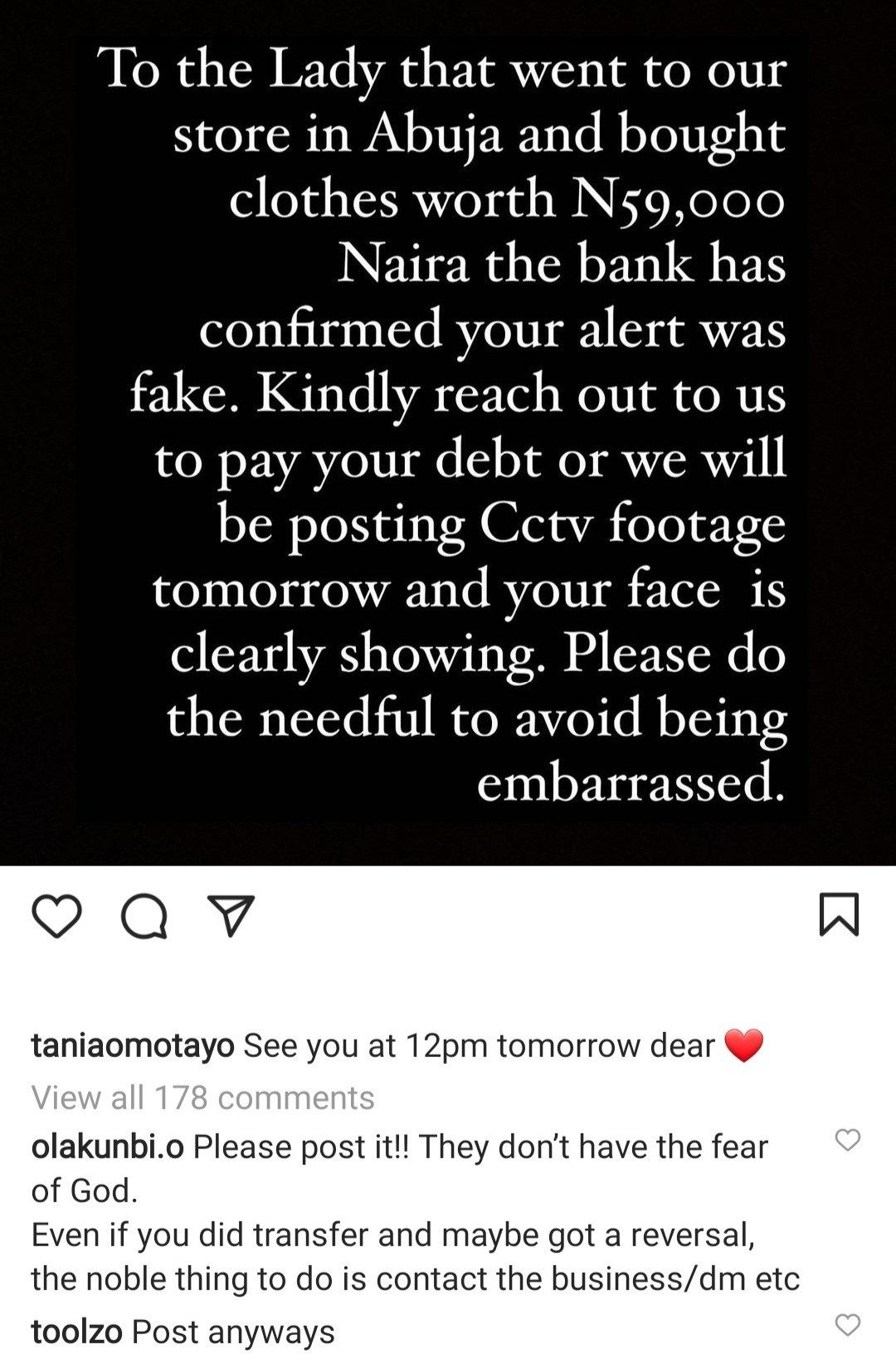