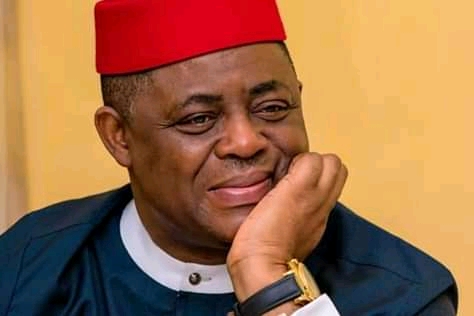 The only way to compensate Igbo over what happened during the civil war is to support them for 2023 presidency, former Minister of Aviation, Chief Femi Fani-Kayode, has argued.
Fani-Kayode, who was in Anambra at the weekend, declared it was not too much for the South East to demand for the presidency.
He spoke with reporters in Onitsha, Anambra State during a visit to Governor Willie Obiano .
He stated Igbo Presidency was realisable, urging the South East to liaise with other regions to make the project a reality.

Fani-Kayode said conceding the presidency to Ndigbo would give them a sense of belonging in the nation, while serving as compensation for their loss during the civil war.

Go Back To The Top


E-9JA MUSIC OF THE WEEK

E-9JA VIDEO OF THE WEEK

Watch Here
Looking for something? Search below