Sensational singer, Mr. P wants to remind everyone that he is still every woman’s dream partner.

The “Karma” singer took to his Twitter page to make the revelation. Sharing a picture of himself posing with his expensive fleet of cars, Mr P stated that he is the complete package for the ladies as he has the money and the 6 packs they dearly love. The married singer and father of two kids then added that his statement was a joke and nothing serious.

He wrote: “Some of them said they prefer a Man with 6 car to the Man with 6 packs!? But I’ve got them both!??????? complete package? Just for jokes?hehehehe nothing serious ??

Some of them said they prefer a Man with 6 car to the Man with 6 packs!

But I’ve got them both! 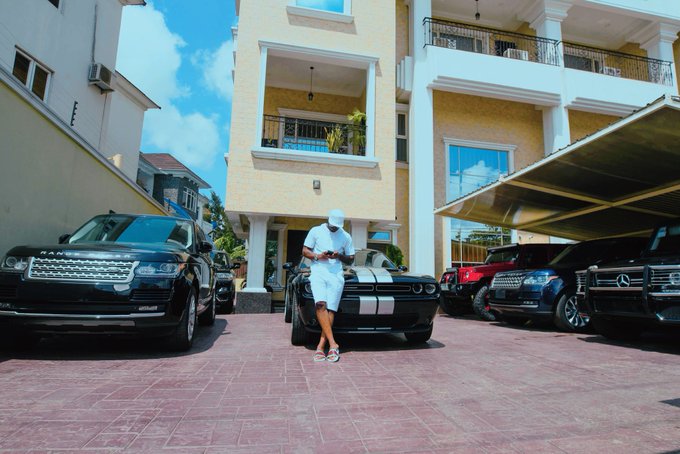 2,566 people are talking about this

About Eflex9ja Media 2307 Articles
Sir. Jassen Japheth popularly known as Bozz Eflex NG is a student of the Taraba State University. He's a unique user of the pen when it comes to the expression of whatever is entertaining and educative. A young man full of optimism & amusement and a passionate advocate of prayer, hard work & persistence as a formula for success. He is the Site Developer-in-chief of the organization and also a writer of news, articles, editorials and a lot more to help expand the level of knowledge of the readers and simultaneously have them entertained. A lover of music and football is who he is and a Software Developer.
Website Facebook Instagram Twitter YouTube LinkedIn

“Mr P Slept With My Wife & Made My Marriage Crash, I Will Revenge” – Diamond Plantnumz Accuses Former Psquare Member

by Eflex9ja Media in News 0

Spread the love A 34- year- old man identified simply as Kevwe has committed suicide in Delta State, by drinking a poisonous substance over his inability to raise money to treat an undisclosed ailment. The incident occurred on

Celeb Trends: Say No To TEA Award, Say No To AM – Artist Lamented

September 29, 2020 0
Spread the love 7 Notable Exercises from Money Heist MONEY HEIST: I don’t have a clue whether you feel the program is misjudged or exaggerated, perhaps you’ve not watched it, however you’ll learn things that