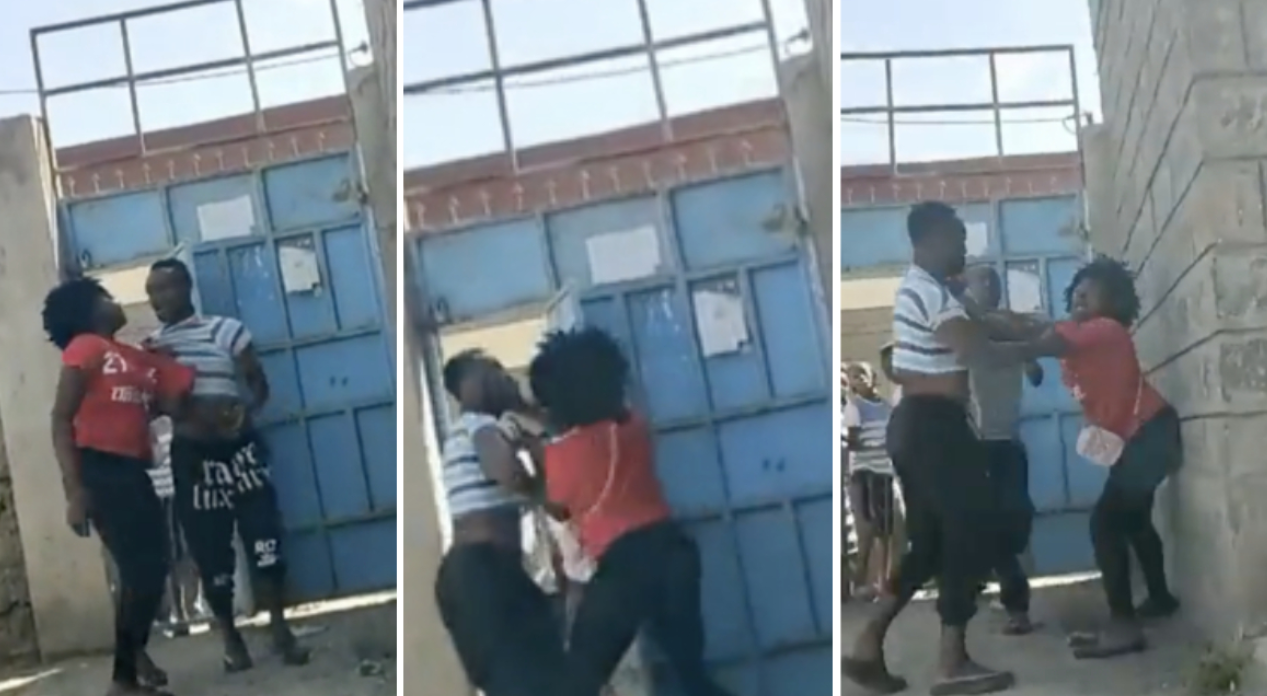 A lady was seen in a video making rounds online, fighting with the boyfriend of her younger sister for always assaulting her.

The aggrieved lady reportedly took matters into her own hands as her younger sister had always endured.

‘’Mbona unapiga sister yangu (Why are you beating up my sister)” the lady was heard saying in the video while fighting her sister’s boyfriend. She was also spotted holding on to the man’s cloth as she dragged him around before people intervened.