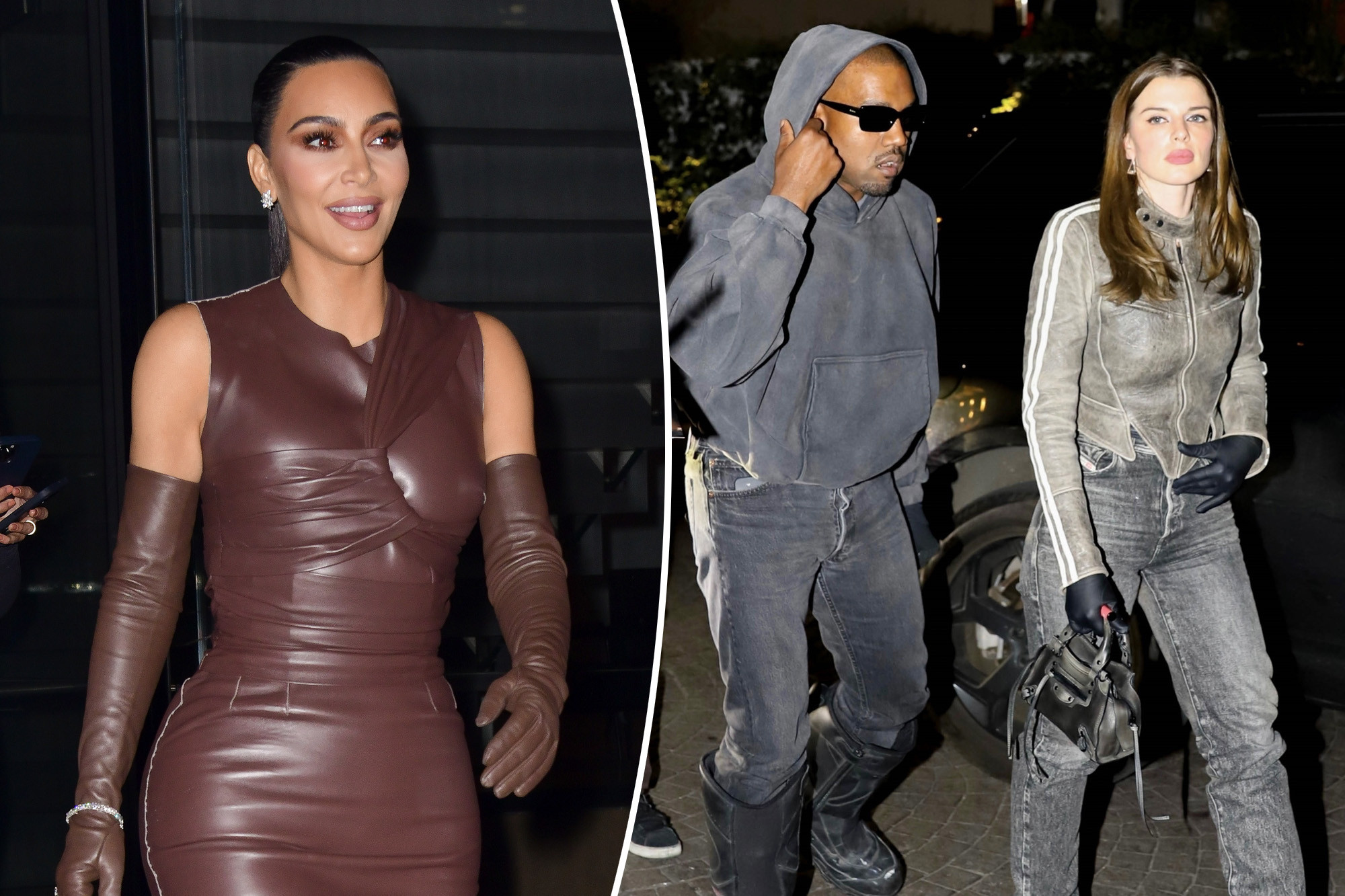 The  Italian-American actress and model met Ye in December, less than a year after his ex Kim Kardashian West filed for divorce.

Speaking on the Forbidden Fruits podcast, the Uncut Gems star said:”“I’m just living in the moment and I don’t have any expectations. there’s no labels, there’s none of that.

“It’s just people who make each other feel better.”

Julia couldn’t help but gush over her beau, adding: “He’s a f***ing genius.”

However, despite Kim Kardashian West’s strained relationship with her soon-to-be ex-husband, Julia, 31, still had something nice to say about the reality star.

She said that she was an “OG fan” of Kim’s reality show, Keeping Up With The Kardashians, explaining: “I’ve been watching Keeping Up since it first came out in, like, 2007 when watching it was embarrassing, I wanted them to be my family.”

It comes after the Yeezus star ­alleged he wasn’t allowed to attend his daughter Chicago’s fourth birthday party.

In a blistering video, he said: “I’m just wishing my daughter a public happy birthday, I wasn’t allowed to know where her party was.

“There’s nothing legal that saying that this is the kind of games that’s being played.

“It’s the kind of thing that really has affected my health for the longest and I’m just not playing, I’m taking control of my narrative this year.”

Kanye was later allowed into the party after  Kylie Jenner’s under-fire boyfriend Travis Scott came to his rescue.

Kanye added: “I just gotta shout out to Travis for sending me the address and the time and making sure I was able to spend the birthday memory with my daughter, to be with the rest of the family.”

Since the divorce proceedings between the ex-couple started, the rapper has bought a new home opposite Kim and their four children.

Speaking on Hollywood Unlocked, he said: “My solace comes from seeing my kids and getting a solid schedule.

“That’s why I even got the house, it was flipped into there was something wrong with me getting a house next to my kids.”