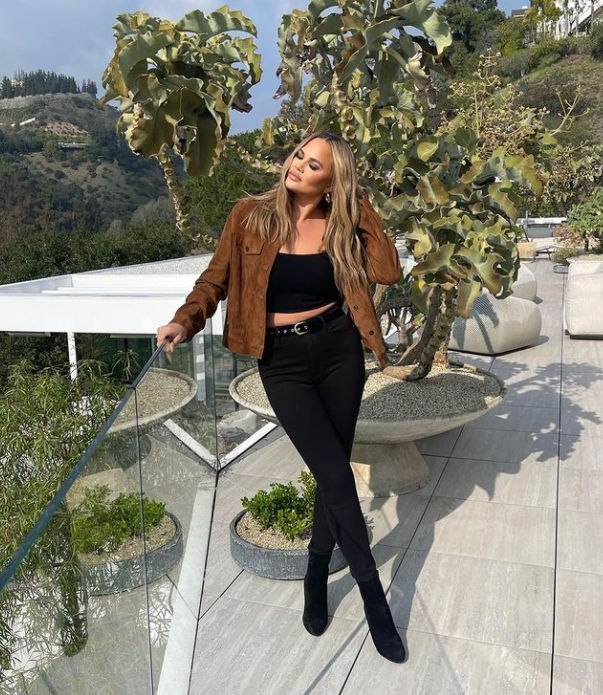 The model on Wednesday January 19, marked six months without drinking alcohol in a candid message posted on Instagram.

Sharing photos of herself posing in an all-black outfit paired with a chocolate-brown jacket, the 36-year-old Cravings: All Together cookbook author revealed that she was “happier and more present than ever”.

Recounting how quitting alcohol has left a positive impact on her life, the model went on to share her ambitions of going above and beyond her capacity to achieve complete sobriety.

6 months no alcohol! Honestly kind of sucks saying it because even though I don’t ever crave it now, time has not exactly flown by haha. I prob won’t be excited til a larger milestone like at leasssst 5 years, and sometimes I don’t even know if I necessarily won’t ever drink again? I have no idea what I’m doing honestly, but I do know a few things: I now have endless energy, way less anxiety (no more benzos!) and I am *happier* and more present than ever. It’s pretty cool. I look forward to having my full body reset after 1 year, then reevaluating to see my new hopes and wishes for the future! Let’s goooo 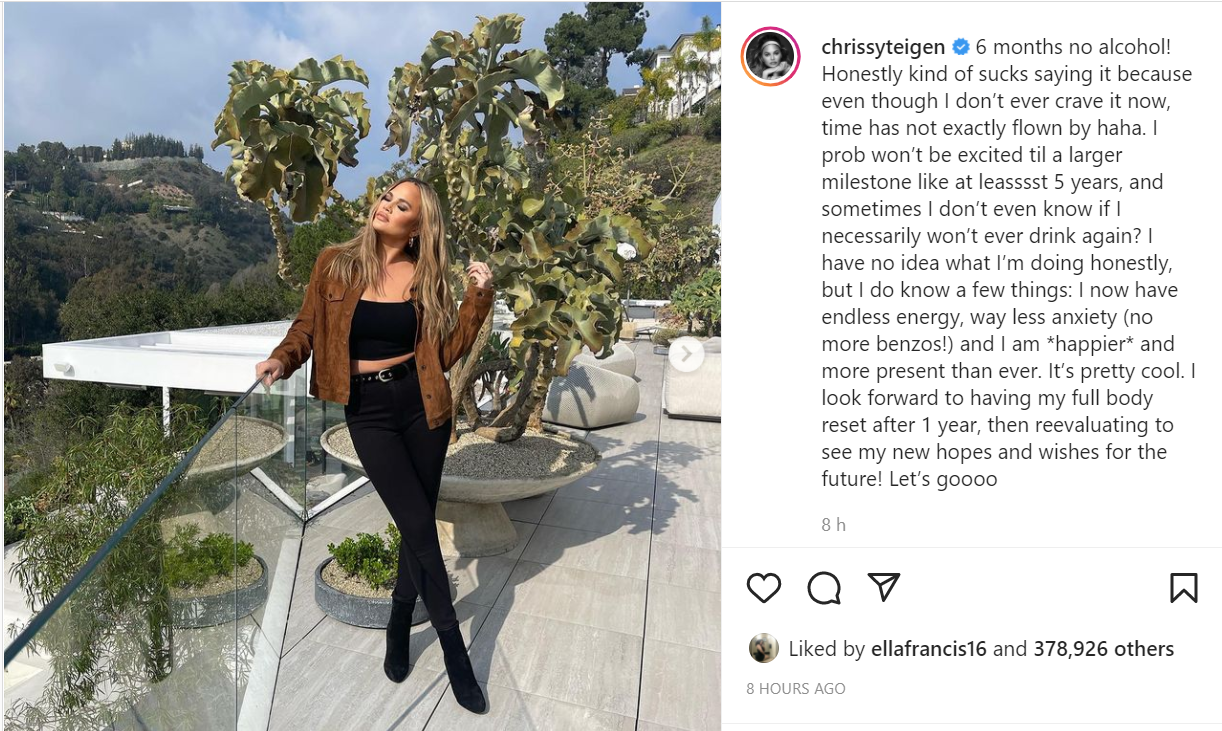 The mother of two first opened up about her sobriety in December 2020, revealing she first decided to get sober on her birthday in November that year.

Teigen has embarked on several ‘firsts’ since then, including her ‘first sober Italian getaway’ back in August.